Rabbi Knofler curses me that I should be bitten by a snake for choosing Pilegesh over mamzerim. My response.

R Knofler's curse on me which he sent to all of my recipients of my blog that פורץ גדר ישכנו נחש that R Knofler cursed me to be bitten by a snake, requires me to  respond to him. I called him up and protested his cursing me. He thought it was a big joke. I told him that when I respond to his remarks, he won't think it will be a big joke. Anyone who publicly states such a thing, besides it being a curse, shows that he is a complete ignoramus, which is not a rare thing among today's Gittin rabbis. There are many of them who think that forcing a GET is wonderful way to help ladies who take Kiddushin and can't get the husband to give them a willing GET. And then we have those rabbis such as Gedaliah Schwartz and Shmuel Kaminetsky who are known to tell women to remarry with no GET. I personally spoke to Gedaliah Schwartz about this and he was honest enough to admit it. The bottom line is that today in American and throughout the world, women are leaving their Kiddushin husbands without a GET or with a forced GET. Such a forced GET and surely no GET means that when the woman remarries with an invalid GET or no GET her children from the new husband are mamzerim. I say, better Pilegesh than mamzerim. We find in Shulchan Aruch then when a mamzer is born and people know about it, which includes all of the women who had no kosher GET but an invalid forced GET, or who had no GET at all, because people do know who they are, it is an obligation to publicize that such a person is a mamzer. Only if there is a whole family with maybe one person a problem we don't have an obligation to publicize it other than a rabbi to a few people.

The discussion about Pilegesh is in Shulchan Aruch in the very beginning of Laws of Kiddushin chapter 26:1. There we find that if a Pilegesh fears to go to the Mikva it is a terrible problem. But if she goes to the Mikva the first shita in the Ramo is that a Pilegesh is permitted, of course, if she goes to the Mikva. The Vilna Gaon there says that the opinion that Pilegesh is permitted is an open gemora in Sanhedrain 21A, that Pilegesh is without Kiddushin. Meaning that Pilegesh is a real form of marriage. The Ramban says clearly in Mehuchesses of the Rashbo which contains certain teachings clearly labelled as not the Rashbo but the Ramban, we find the Ramban very strongly backing Pilegesh, and he says that the Rambam himself, if the couple marries a real marriage which is not Zenuce, approves of Pilegesh. I feel that with all of the rabbis who don't know hilchose Gittin and are encouraging women to remarry with invalid Gittin or no Gittin, and these women will make mamzerim, and it gets worse all of the time, it is better to do Pilegesh which is permitted by an open gemora than to do Kiddushin and make mamzerim. The Yaavets also strongly backs Pilegesh. But nobody backs mamzerim.

Thus somebody who curses me for choosing Pilegesh over mamzerim, and then he laughs at the curse when I call him up, has a very interesting way of showing how a head of a Gittin Beth Din is supposed to behave.

LET HIM EXPLAIN WHY HE IGNORES THE MODERN VIOLATION OF HALOCHO WHERE MANY WOMEN ARE TAUGHT BY RABBIS TO FORCE THE HUSBAND TO GIVE A GET EITHER BY GOING TO SECULAR COURT OR OTHER WAYS OF FORCING OR AS SOME DO THEY JUST LEAVE THE HUSBAND WITHOUT A GET. DOES HE BELIEVE THAT THESE WOMEN WILL HAVE MAMZERIM? DOES HE BELIEVE THAT FORCING A GET IS A MINOR SIN? LET HIM LOOK IN EVEN HOEZER KESUBOSE 77:2 IN THE GRO #5 WHO SAYS THAT EVERYONE AGREES THAT A GET MAY NOT BE FORCED AND HE REFERS TO TOSFOSE KESUBOSE 63b IN RABBEINU TAM WHO SAYS THAT THERE IS A CLEAR GEMORA IN NEDORIM 90B THAT IN EARLIER GENERATIONS WOMEN WHO SAID CERTAIN THINGS MERITED THAT BETH DIN FORCED THE GET BUT IN LATTER GENERATIONS THIS STOPPED BECAUSE WE ARE AFRAID THAT SHE JUST WANTS TO MARRY ANOTHER MAN SO SHE SAYS LIES ABOUT HER HUSBAND TO FORCE HIM TO GIVE A GET. IF SO THIS IS A LAW FROM THE MISHNEH THAT TODAY NO WOMAN CAN BE GIVEN THE POWER TO FORCE HER HUSBAND TO DIVORCE HER. ON THE SAME PAGE WITH THE GRO IN KESUBOSE 77 THE SHULCHAN ARUCH AND THE RAMO AND THE BEIS SHMUEL AND THE CHELKAS MECHOKAKE ALL AGREE, AND THEY QUOTE A RASHBO VII: 414 THAT THE HUSBAND MAY NOT BE PRESSURED TO GIVE HIS WIFE A GET.
Posted by torahhalacha.blogspot.com at 2:17 PM

Email ThisBlogThis!Share to TwitterShare to FacebookShare to Pinterest
Labels: R Knoefler curses me for presenting Pilegesh

NEW BLOG TO STOP DRAFT OF WOMEN IN US

There is a grave danger of women being drafted in US for the following reasons:
1) As of Jan 2016 the Obama administration and military generals have decreed that there is no longer a difference in combat between men and women
2) The Supreme Court ruled previously that if women are able to enter combat they can be drafted.
3) For an Orthodox woman to be drafted is a cardinal sin, one that may bring about terrible things such as suicide. The depression of a decent girl being among men who do what they want will surely result in suicides.
4) In Harvard University the President, a woman, recently publicly bemoaned a study that showed that 71 percent of Harvard women suffered from s abuse, and that twenty percent of the abusers were faculty members of Harvard! The military is much worse than Harvard, because men in combat are ferocious in their passions.
4) WE HAVE MADE A NEW BLOG womenmakewar.blogspot.com . Please go there and see the various sources for the above, and enter any questions or comments that you may have.
IF YOU WANT TO HELP! CALL ME AT 845-578-1917 or write to me at eidensohnd@gmail.com .
THANK YOU 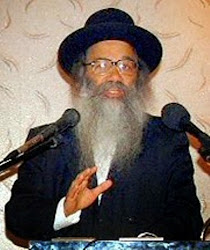 Rabbi Dovid Eidensohn has written Hebrew and English halacha and hashkofo books, which are graced with haskomose from Gedolei HaDor of the past and present generations. Rabbi Moshe Feinstein zt"l wrote, "The Rav HaGaon is known to me for many years, as one who delves deeply to clarify complex halochose." Rabbi Eidensohn has 250 videos on youtube.com/mons5555. He is now involved with broken families and divorces, especially the halachic issues. HaGaon Rav Yosef Shalom Elyashev zt"l conveyed upon Rabbi Eidensohn the right to be a Rosh Beth Din in Gittin and to use Rav Elyashev'a name as endorser.

The Jewish Outreach Congregation is a "synagogue without walls" for searching people. Rabbi Dovid Eidensohn has published books in Hebrew and English on family, marriage and other important topics. He is heavily involved in media as he was trained by Geonim Reb Moshe Feinstein, Reb Yaacov Kaminetsky, and Rav Shimon Schwab, all of the zt"l.
Rabbi Eidensohn was a close Talmid of the Gedolim of the past generation and lihvadil this generation. He struggles to maintain the high standards he received from them, but is convinced that there are great problems today in halacha, marriage and other critical issues. He has for many years spoken out and fought for old values.
Today, the hope is to expand the efforts in writing and media to get individuals who share Rabbi Eidensohn's ideas. We want to make a Torah that gives a person true success in Torah, a fine parnoso, Shalom Bayis and success with children, and general abilities to deal with the physical and intellectual problems of the world.
Rabbi Eidensohn can be reached at 845-578-1917. 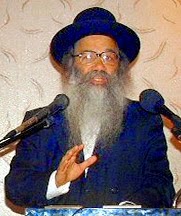